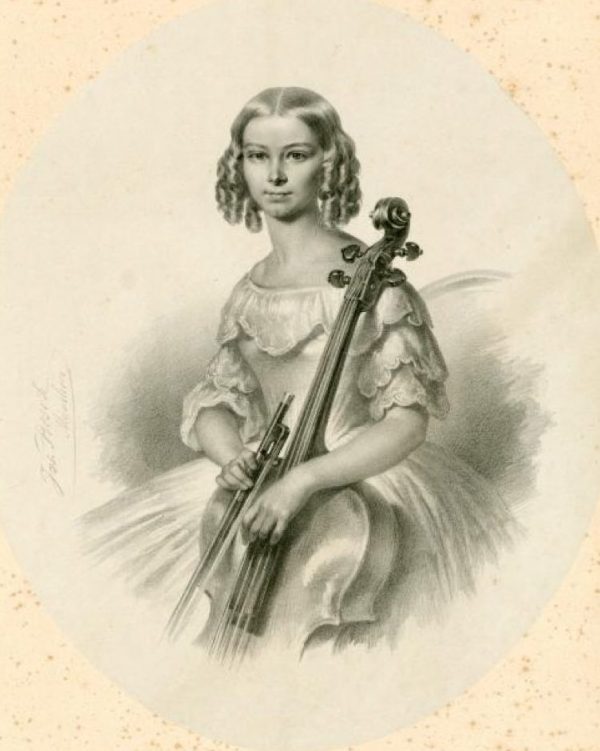 This International Competition for Cello was named after Anna Ludwika Kull, who was born in Klausenburg (then Transylvania, today Cluij-Napoca, in Romania) on October 21, 1841 and raised in a musical family of aristocrats in Switzerland. She took her first cello lessons from her father as well as Swiss cellist Adam Schleich in Zurich and studied under Hippolyt Müller, the solo cellist of the Hofkapelle Munich, from 1855. Thanks to her extraordinary musical talent, she performed in numerous concerts all over Europe at an early age, both as a soloist and as a chamber musician. A woman performing in public concerts was a truly remarkable achievement, as this had only started to become more common at that time. She gave concerts in Germany, England, France, Austria and Switzerland and lived in London for a short while.

The media praised Anna Kull for her extraordinary talent as well. However, Kull only rarely performed on stage after 1860. Reportedly, she withdrew from public life because her parents worried about their daughter’s health, since Kull’s older sister had died at the age of ten. Sources claim that one of her rare concerts was a charity event in Graz on December 6, 1877 in which she performed together with Richard Sahla on the violin and Ms. Piersch on the piano.

Anna Kull died in 1923 at the age of 82 in Trento (Italy). She bequeathed her instrument to Graz, underscoring her personal connection to the city.

The great novelty of the evening was Mdlle. Kull, a very young lady of 15 years, who played on the violoncello with great taste, skill, and expression. She is a Swiss, and has studied the violoncello only four years.

Mdlle. Anna Kull, a young German lady violoncellist of considerable talent, who made her début on this occasion, was also obliged to repeat her solo